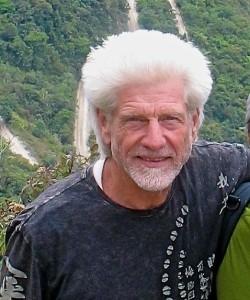 Tom Lutes has been a consultant, program leader and coach for 32 years. He has worked intimately with individuals and groups from diverse populations, from the most at-risk inner-city youth to the most successful senior executives in large corporations, from union workers to entrepreneurs.

Tom’s work has involved over 200,000 people and been delivered in many cultures and countries in and beyond the United States, including Canada, Russia, Japan, China, Malaysia, England, Greece, Mexico and Botswana.

In corporate education, Tom pioneered the integration of a new paradigm of thinking with cutting edge outdoor training. This method of reinforcing classroom learning with physical challenges has been adapted for use all over the world in cultural change initiatives. Tom began his career as the Director of the Lomi School of Education and then became a Program Developer and Senior Instructor for est, a cutting edge education company. From 1982-1985 he was the Program Director for the Breakthrough Foundation and in 1986 he co-founded On The Edge Productions and served as its Director until 1996. In 1997, Tom joined the team at Being First where he has been a Senior Consultant for a total of 13 years. During that time, Tom has also been a Program Leader for the Human Potential Project, a Lead Instructor for the Strozzi Institute and a Senior Lead and Executive Consultant for Malandro Communications.

In addition to his other accomplishments, Tom has a Black Belt in Aikido and is a Certified Kundalini Yoga Teacher.