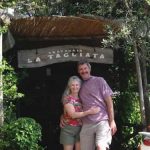 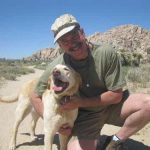 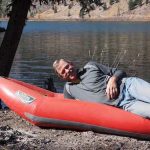 Getting ready for fishing! 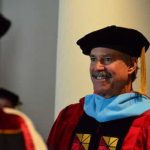 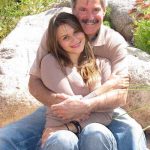 Dean and his daughter, Terra. 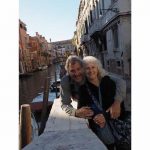 Dean and Linda in Venice. 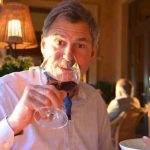 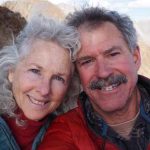 Dr. Dean Anderson is an international speaker, bestselling author, and strategic advisor to the C-Suite.

For 40 years, Dr. Anderson has been guiding visionary leaders of America’s Fortune 500 companies, government agencies and global non-profit organizations to transform themselves and their organizations to Achieve Breakthrough in business results, culture, leadership, and executive team performance.

Known as a “master of transformation,” Dean is a co-creator of Conscious Change Leadership, an advanced Body of Work that integrates the inner work of personal transformation and mindfulness with an advanced methodology that guides leaders in HOW to design and implement organization transformation successfully. Dr. Anderson recently received an honorary doctoral degree in Transformational Leadership from Brandman University for this pioneering work.

Dean’s eclectic understanding of mindset, culture, and process gives him a unique perspective that established him as a thought-leader in the field of Organization Transformation.

Dr. Anderson specializes in developing Conscious Change Leaders who can lead their organization through successful transformation. He’s passionate about co-creation—the high-performance way of being and working that produces results for one’s self, the other individuals involved, and the whole enterprise.

Dr. Anderson’s insight into personal transformation and the inner dynamics of high performing people, teams and organizations began at an early age as a national champion swimmer: Dean was the first ten-year-old boy in the world to ever break sixty seconds in the one hundred yard freestyle, and the first twelve-year-old to ever break two minutes for the two hundred yard freestyle.

Dr. Anderson received both his Bachelors and Masters degrees from Stanford University, where he continued his excellence as an All-American swimmer and water polo player. On this foundation of elite performance, in 1980, Dr. Anderson founded the Optimal Performance Institute (OPI), where he taught high performing executives, athletes and performing artists how to manage their internal states of consciousness to optimize their external performance.

In 1988, Dean merged the Optimal Performance Institute with Linda S. Ackerman, Inc. to form the comprehensive change strategy company Being First, Inc. At Being First, Dr. Anderson developed the Co-Creating System™ for optimizing personal and organizational results. He co-developed with Linda Ackerman Anderson the landmark Change Leader’s Roadmap, often referred to as “the most comprehensive, pragmatic and user-friendly resource for organizations undergoing transformational and transitional change.” He also developed the Co-Creative Partnering Process and the Co-Creative Team Development Process. In addition, Dean produced the Self Mastery Series audio program.

Dean lives between two ranches in Durango, Colorado. When he is not on a plane or sitting in a board room, you can find him with Linda deep in the Colorado wilderness, hiking, rafting, fishing, or playing with their dog, Nugget.

Developing transformational leaders with the ability and tools to solve complex challenges and catalyze transformation in themselves, their organizations, communities and cultures.

Get the latest thought leadership, tips and tools on Conscious Change Leadership and achieving personal and organizational breakthrough direct in your inbox.